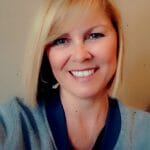 Gonda began her career at Honda in 1998 as a temporary associate in the Supplier Development group. In October 1999, she officially became a member of the Honda family. Since then, she has been in groups focused on the support and development of suppliers.

“What I really enjoy about my job is working with the suppliers and building a relationship with them. I have met many that I now call my friends and look forward to building many more relationships. Understanding each other and having that connection is what it is all about. It’s the people that make the difference.” –Gonda Steele

Gonda has had several roles since she began at Honda, ranging from time & attendance coordinator to budget controller to event coordinator. While she has supported the CAN program for many years, the last several years have found her more involved with its coordination, development and growth.

Outside of Honda, Gonda can often be found exploring new restaurants or trying new activities. Her interests in music, board games, puzzles, travel, taking pictures and going to live sporting events keep her busy.

“As a child, I was considered a ‘Navy Brat’. Now, some say I’m just a brat,” she smiles. “I’ve lived in several places in the United States such as New Jersey, Illinois, Virginia and finally Ohio. I went to High School in a small town and had a whopping 48 people in my graduating class. I have two children that are out of college. They both have their electrical engineering degrees and I couldn’t be more proud of them.” 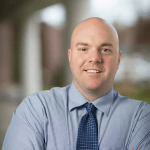 Being an Army brat growing up I had the opportunity to live in Europe (West Germany) for a few years, lived on the west coast (Washington State) and in the south (Texas, Georgia, Tennessee and Kentucky). I graduated from Western Kentucky University (Go Big Red!) where I received my bachelor’s degree in Graphic Design. I have worked as an graphic design intern at Western Kentucky University in the public relations department, I have been a district graphic designer for ARAMARK and now I have had the pleasure to work at Honda.